National Assembly
of the Republic of Bulgaria
News
Bill on Renewable Energy, adopted on first reading, assigns to the Minister of Economy and Energy to draw up National Action Plan setting up goals for renewable energy use by 2020 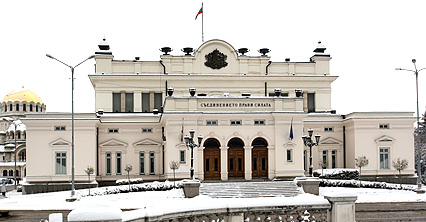 According to the adopted on first reading bill on Renewable Energy, the Minister of Economy and Energy has to develop the National Action Plan for use of renewable energy by 2020 according to the adopted on first reading bill on Renewable Energy. The legislation aims at facilitating the reach of 16 % of the overall energy consumption in the country by 2020 to come from renewable energy sources including 10% in the transport sector.
The plan to be adopted by the government, must contain a review of the national policy on renewable energy, estimates about the gross energy consumption in the country by 2020, national and sectoral share targets of renewable energy use for electricity, for heating and cooling and for transport. The bill entrusts the State Commission for Energy and Water Regulation with new powers to regulate the purchase of electricity from renewable sources at preferential prices. The Commission must develop a methodology for equitable distribution of the surcharge between the market and the preferential prices for electricity, produced from renewable sources, between all users. It will monitor the procedures allowing the connection of power producers,  generating electricity, to the system of carriers and distribution grids. The policy of the state to encourage the production and consumption of electricity from renewable energy is entrusted to the Agency for Sustainable Energy Development which will be the successor of the present Energy Efficiency Agency. The bill envisions that municipal councils will adopt long and short term programs to help promote the use of renewable energy and biofuels. Comments on the bill, on the part of the Ministry of Economy, are that the previous act adopted by the than ruling coalition, has led to chaos and the objective now is to put under control the production of energy from renewable sources.