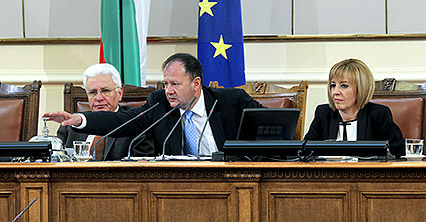 Female workers and employees who  undertake full adoption of a child younger than 5 years old will have the right to a paid leave for a period of 365 days in between taking custody of the child and the expiration of the above days. The leave will give adoptive mothers time to take care of the child and will facilitate the child’s adaptation. These are amendments passed at first reading to the Labor Code tabled by several deputies from the Coalition for Bulgaria. When the adopted child is up to 5 years old and after the above leave expires the mother will have the right to an additional paid leave of 365 days but again not later than the end of the fifth year of the child on condition that the mother cares for the child herself. The above paid leaves could also be granted to the adoptive father after the sixth month of taking custody of the child until his/her 5 years of age.

The head of the parliamentary social policy committee, Kornelia Ninova, explained the law limits the age at the 5th year of the child  because after this age the child should enter the preschool system of education. She added the above measure will not be a burden to the budget – a little more than BGN 1 million. The current legislation does not foresee adoptive mothers’ maternity leave for children older than 2 years. According to the data provided by the Agency for Social Assistance the allowances paid by the state to the institutions taking care of children amount to 6 106 leva yearly, or around 500 leva monthly. The allowance covers food, clothes and other expenditures.  The comparative analysis shows the proposed measures could have even a positive impact on the state budget in addition to the benefits for the adopted children and their future.