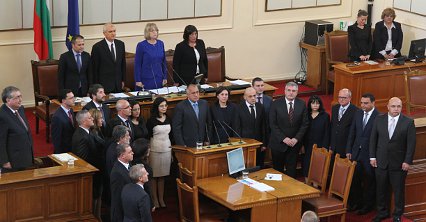 The National Assembly has approved on November 7, 2014 Boyko Borisov as the new Prime Minister of the Republic of Bulgaria. The deputies also approved the proposed by him structure and members of the Council of Ministers. The nomination of Boyko Borisov for the Premier’s post was supported by 149 lawmakers, while 85 voted against.

The newly elected members of the Council of Ministers were sworn in before the National Assembly.