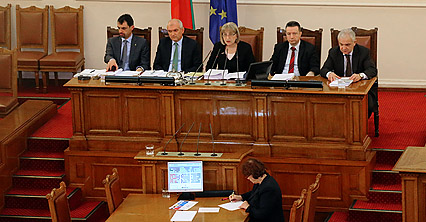 All persons operating as hoteliers, including those who have instituted categorizations proceedings, must keep a register of accommodated tourists, the level of details to be approved by the Minister of Tourism and published on the website of the Ministry of Tourism. These are envisaged amendments to the Tourism Act, adopted by Parliament on first reading. The amendments were submitted by the Council of Ministers.

The introduced obligation is binding on the persons carrying out hotelier services in accommodation places falling within class “A“, including hotels, motels, apartment tourist  complexes,  holiday villages, tourist  villages and villas, as well as within class “B” – family hotels, hostels, boarding houses, recreational bases, guest houses, guest apartments, bungalows and campsites, including tourist huts, tourist information centres, tourist sleeping places, etc.
The existing regime provided for keeping a paper-based register of accommodated tourists by persons carrying out hotel services, and the information had to be sent to municipalities on a monthly basis. According to the depositor of the amendments, this regime cannot ensure sufficient tracking and reporting of the persons subject to oversight and does not allow for adequate registration of foreign tourists, in accordance with the requirements of Article 28 of the Foreigners in the Republic of Bulgaria Act.

The amendments introduce a new requirement for the persons carrying out hotel services in accommodation places class “A” to keep a register via a centralised IT system maintained by the Minister of Tourism, accessible through a public web-based or other application for online access or through an IT system selected by the person carrying out hotel services, corresponding to the requirements of the Electronic Governance Act. Given the higher financial burden on hoteliers pursuing business in class “B”  establishments (tourist huts, tourist information centres, tourist sleeping places, rotels,  botels and  flotels),  they may keep the register on paper according to a standard form approved by the Minister of Tourism.

The Parliament voted on first reading amendments to the Corporate Income Tax Act proposed by the Chairperson of the Budget Committee Menda Stoyanova (GERB) and a group of deputies.
In addition, the Parliament approved the reports on the activities of the Prosecutor’s Office of the Republic of Bulgaria and investigation authorities for 2014 and 2015 and on the activities of courts and administrative courts for the same period. For 2014 the reported general crime level in the country fell by 10 per cent and by 5.4 per cent in 2015.

The Parliament ratified a memorandum of understanding between the ministries of defence of Bulgaria, Estonia, Latvia, Lithuania, Poland and Romania and the Supreme Headquarters Allied Powers Europe (SHAPE) for the NATO force integration units. The purpose of this document is to define the specific conditions and arrangements for establishment, operation and maintenance of units in times of peace, crisis, conflicts and war. It set outs the legal, financial and other aspects of establishment of the units in the six host countries.

The deputies ratified a technical agreement among 11 countries on the European programme for tactical air transport and establishment in Spain of a European Centre for Tactical Air Transport. It sets out the future organisation, funding and delivery of practical trainings, courses and symposia in the "Operations and preparation” area of the European Air Transport Fleet programme.

The deputies also ratified the Agreement between Bulgaria and Montenegro on social insurance. It provides for mutual recognition of insurance periods completed in accordance with the legislations of the two countries, and where necessary, they shall be summed up to assess the right and determine the length of compensations included in the substantive scope of the agreement.