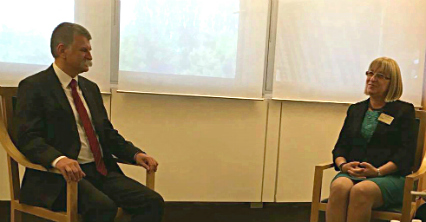 Tsetska Tsacheva noted that the decision was made with a majority of 130 deputies and none of them was against it or restrained from voting, despite the fact that there were 8 parliamentary groups in Bulgarian Parliament. In her words, this is an expression of the historical and friendly relations between the two countries and work on their further strengthening should continue.

In turn, the President of the National Assembly thanked for the support provided to Bulgaria by the Visegrad four for safeguarding the external border with Turkey. She stated that the country needed such support and relied on European solidarity on that issue.

The President of the Hungarian Parliament said the support was prompted by the friendly feeling towards the Bulgarian people and by awareness of national interest. Supporting you we also support our national interest, he underscored. Laszlo Kover expressed support for Bulgaria’s membership to Schengen, since the country had complied with all the criteria. Whenever Hungary was subject to criticism, you have shown understanding and therefore you should expect reciprocal attitude, said the President of the Hungarian Parliament.