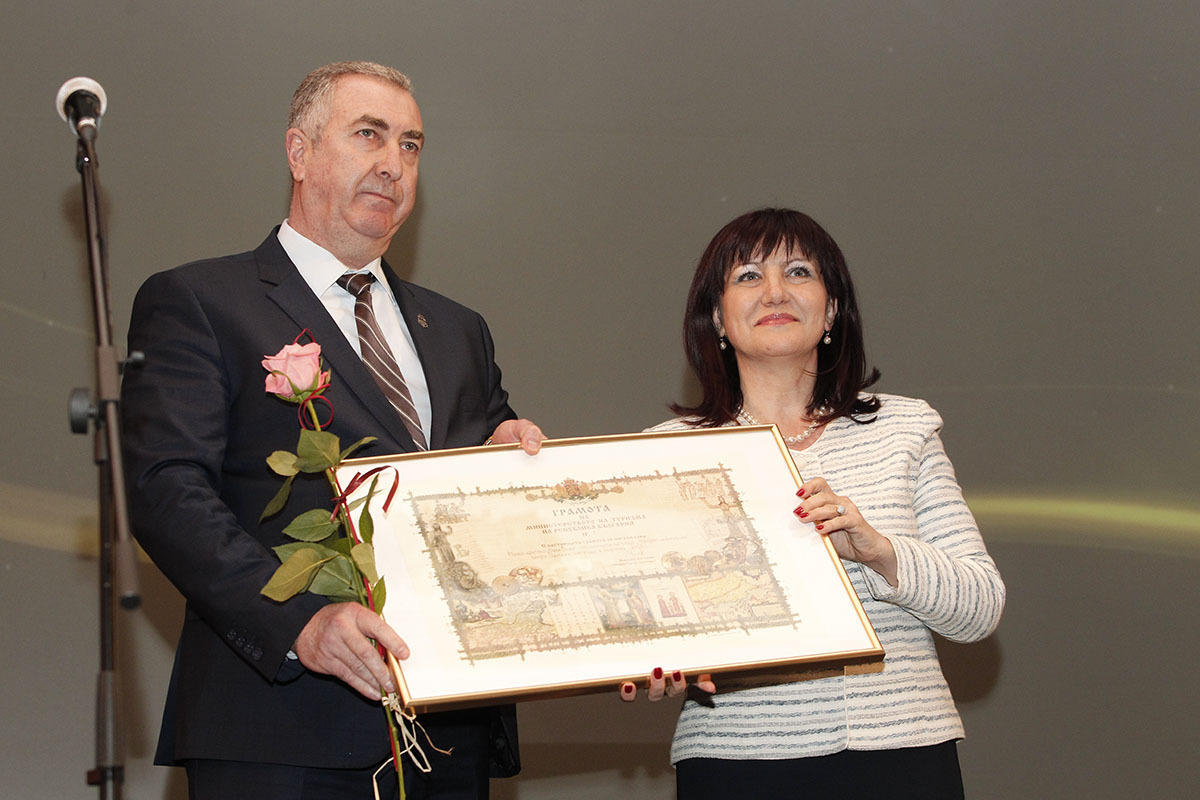 Speaker of Parliament Tsveta Karayancheva presented special award “The choice of Bulgarians” at the ceremony of the Annual awards in tourism. The award went to fortress museum “Baba Vida” in Vidin and was received by mayor of Vidin Ognyan Tsenkov.
The Speaker of Parliament said that she was pleased to present the award won in competition with many national landmarks. Bulgaria is a lovely country, and thanks to the joint efforts of the government, municipalities, sector organisations and the business, it can offer a nice competitive product, emphasised Tsveta Karayancheva. She declared support for the initiative of the Ministry of Tourism to make Bulgaria an all year round tourist destination.
In the next six months Bulgaria will hold the presidency of the Council of the EU and this is a unique chance to present our country as an attractive tourist destination, said the Speaker of Parliament and expressed her confidence that the tourist sector would made good use of this possibility.
Mayor of Vidin Ognyan Tsenkov thanked everyone who had participated in the voting and cast their vote for the Baba Vida fortress. It is a symbol, it is the last fortress of the Bulgarian state, he said.
Minister of Tourism Nikolina Angelkova said that the annual awards would bring forward the highest quality products in the tourist sector. Bulgaria can be an all year round tourist destination and develop all types of tourism, she emphasized. The Minister of Tourism said that in the first ten months of the year Bulgaria had been visited by over 8 million tourists and that was a precondition for tourism to become one of the leading sectors in our economy.
The ceremony of the Annual awards in tourism was attended by Sofia Mayor Yordanka Fandakova, Minister of Youth and Sport Krasen Kralev, Chair of the parliamentary Committee on Economic Policy and Tourism Peter Kunev, MPs, Sofia University Rector Anastas Gerdzhikov, etc.