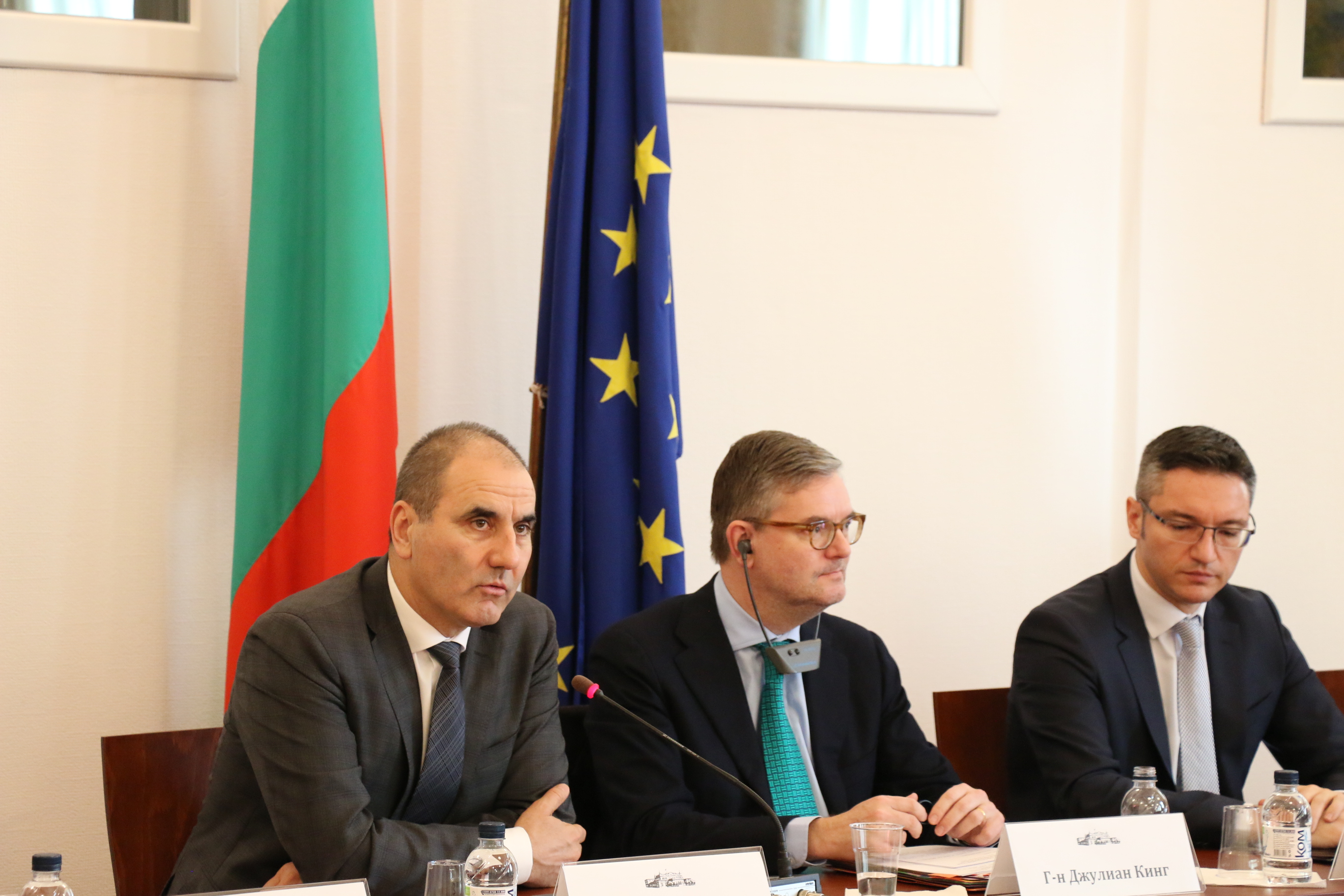 Bulgaria’s full accession to the Schengen area is a priority not only for you but also for the European Commission, said EU Security Commissioner Julian King at the meeting with representatives of the parliamentary Committee on Internal Security and Public Order, the Committee on European Affairs and Oversight of the European Funds, and the Committee for Control of the Security Services, Application and Use of the Special Intelligence Means and Data Access under the Electronic Communications Act.
The Schengen area will be strengthened after the accession of Bulgaria and Romania, emphasised King. He said that the European Parliament was working on this issue, which, according to him, should develop quickly. By way of example, King referred to the statement of European Commission President Jean-Claude Juncker, who recently spoke about the accession of the two countries to the Schengen area.
Julian King commended Bulgaria for its work on legislation in relation to security and the fight against terrorism. Currently, the biggest challenges to Europe and the world are cybersecurity and cybercrime, which I have discussed with EU Commissioner for Digital Economy and Society Maria Gabriel many times. According to King, a positive example is the Directive regulating the use of passengers’ reservation data for prevention, detection, investigation and prosecution of terrorism and serious crime.
Bulgaria is one of the top five countries which have joined this system, emphasised Internal Security and Public Order Committee Chair Tsvetan Tsvetanov. He also commented on the idea about the European Commission funding projects for purchasing equipment for the security services in Bulgaria. Bulgarian MPs are unanimous on this issue, he emphasised at the meeting.
Chair of the Committee on European Affairs and Oversight of the European Funds Krisitian Vigenin said that we should commend the European Commission for making security a new area of responsibility. My colleagues and I are prepared to support the Commission’s initiatives on this issue in the next six months during the Bulgarian Presidency of the Council of the EU, emphasised Kristian Vigenin.
The EU Security Commissioner said that he supported Bulgaria’s cooperation with the Western Balkans, which would be a priority for Bulgaria during the Bulgarian Presidency of the Council of the EU.