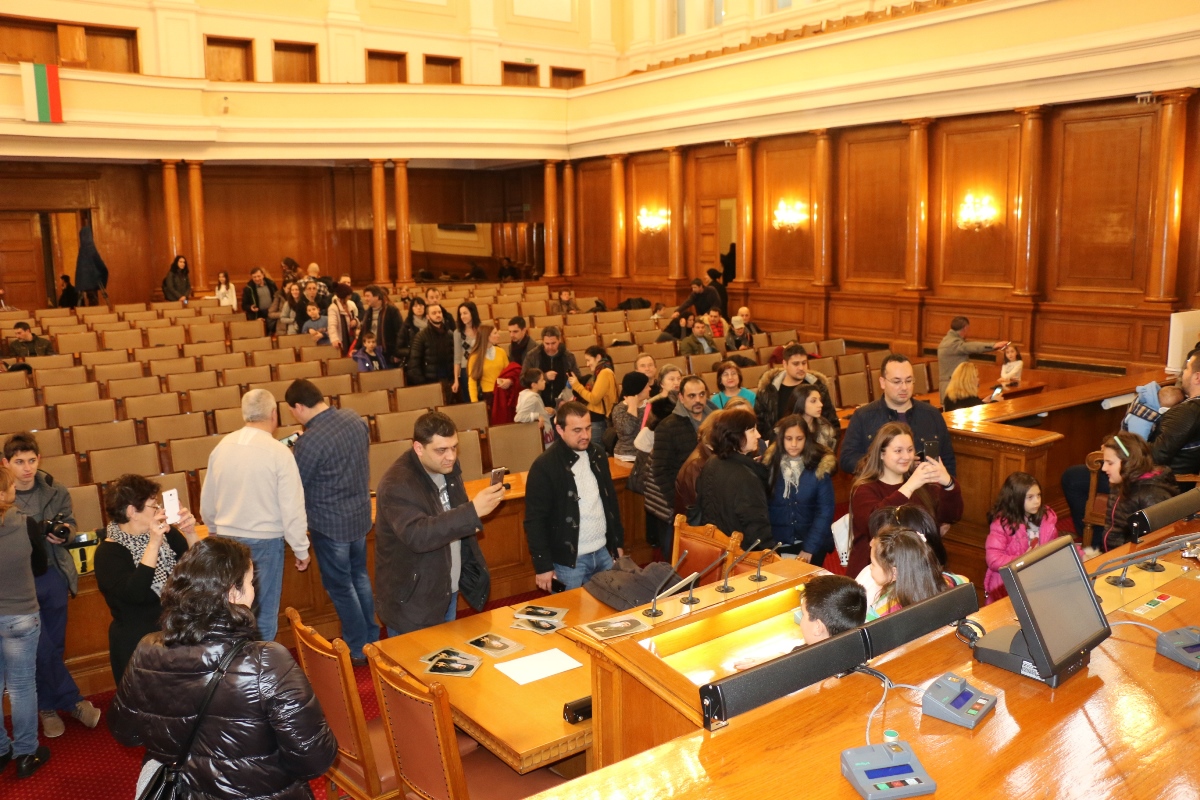 More than 5,500 citizens, most of whom young people, visited the National Assembly on the Open Day. The initiative marked the 139th anniversary of the Constituent Assembly.
Visitors to the National Assembly could see the originals of the Tarnovo Constitution, adopted by the Constituent Assembly on 16 April 1879, and the so called Silver Constitution, published in 1911. The visitors could also see the documentary exhibition entitled “Foundations of Bulgarian Parliamentarism”, the plenary hall and the permanent exhibition on the history of the National Assembly.
Those who wished to be pictured sitting on the Speaker of Parliament’s chair and touch the bell used to open and close the sittings had to wait for 10-30 minutes. The citizens were interested to see the seats of the President, Prime Minister and members of the Council of Ministers in the plenary hall. Some of them “checked” the voting system, talked among themselves sitting on the chairs of MPs and “made statements” to the media.
Deputy Speaker of Parliament Emil Hristov welcomed the most eager visitors, among whom pupils from 129 Anthim I school in Sofia and law students. He talked to the young people and expressed his confidence that they would visit the Parliament again.