National Assembly
of the Republic of Bulgaria
News
Bulgaria has a huge potential in tourism and is making efforts to exploit it, says Tsveta Karayancheva at the opening of the informal meeting of EU Tourism Ministers 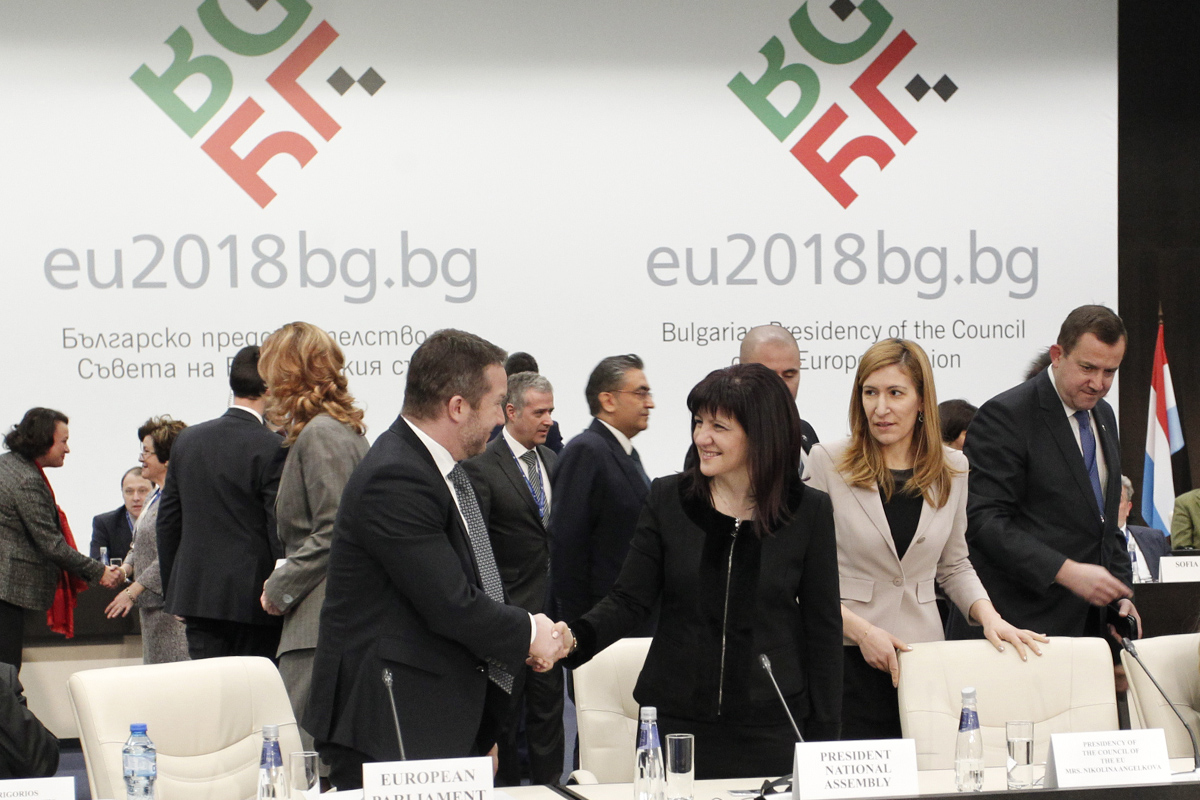 Bulgaria has a huge potential for success in tourism and is making efforts to exploit it, said Speaker of Parliament Tsveta Karayancheva in her address to the participants in the informal meeting of EU Tourism Ministers in Sofia. The title of the event, which is part of the Bulgarian Presidency of the Council of the EU, is “Tourism and Economic Growth”.
Tourism is a priority sector for the Bulgarian economy, emphasised Tsveta Karayancheva and said that through enhancing the quality of tourist products in recent years, Bulgaria had become a competitive destination. The Speaker of Parliament mentioned data which revealed that 2017 was a record year in terms of the number of foreign tourists visiting Bulgaria, marking a growth of 7.6 compared to the previous year.
Bulgaria surely has a huge potential for success in tourism: geographical location, favourable climate, mountains, rich cultural and historical heritage, said the Speaker of Parliament. Tsveta Karayancheva emphasised that one of the priorities for Bulgaria was the development of cultural and historical, congress, culinary, rural and other types of tourism.
The Bulgarian Presidency of the Council of the EU will provide new and bigger opportunities for the development of the sector and I am confident that people from the tourist sector will make the most of them, said the Speaker of Parliament.
The Speaker of Parliament praised the event organisers for paying special attention to connectivity as a factor which enables the development of relations between people and its positive impact on the Balkan region. Integration on the Balkans has long been achieved in tourism, this sector is a symbol of friendly relations, the discovery of new cultures, horizons and opportunities said Tsveta Karayancheva.
Minister of Tourism Nikolina Angelkova emphasised that the contribution of tourism to the economies of EU member states was over 10 per cent of the GDP and therefore it had an important role for the development of EU economy. She addressed the participants and said that there would be a discussion of the opportunities for creating conditions to improve the quality of the tourist product, additional connectivity in the Balkan region, and joint products for distant markets.
The informal meeting of EU Tourism Ministers was attended by European Commissioner for Internal Market, Industry, Internal Market and SMEs Elzbieta Bienkowska, UNWTO Secretary General Zurab Pololikashvili, ministers of tourism from EU member states, the Balkans, and business representatives.