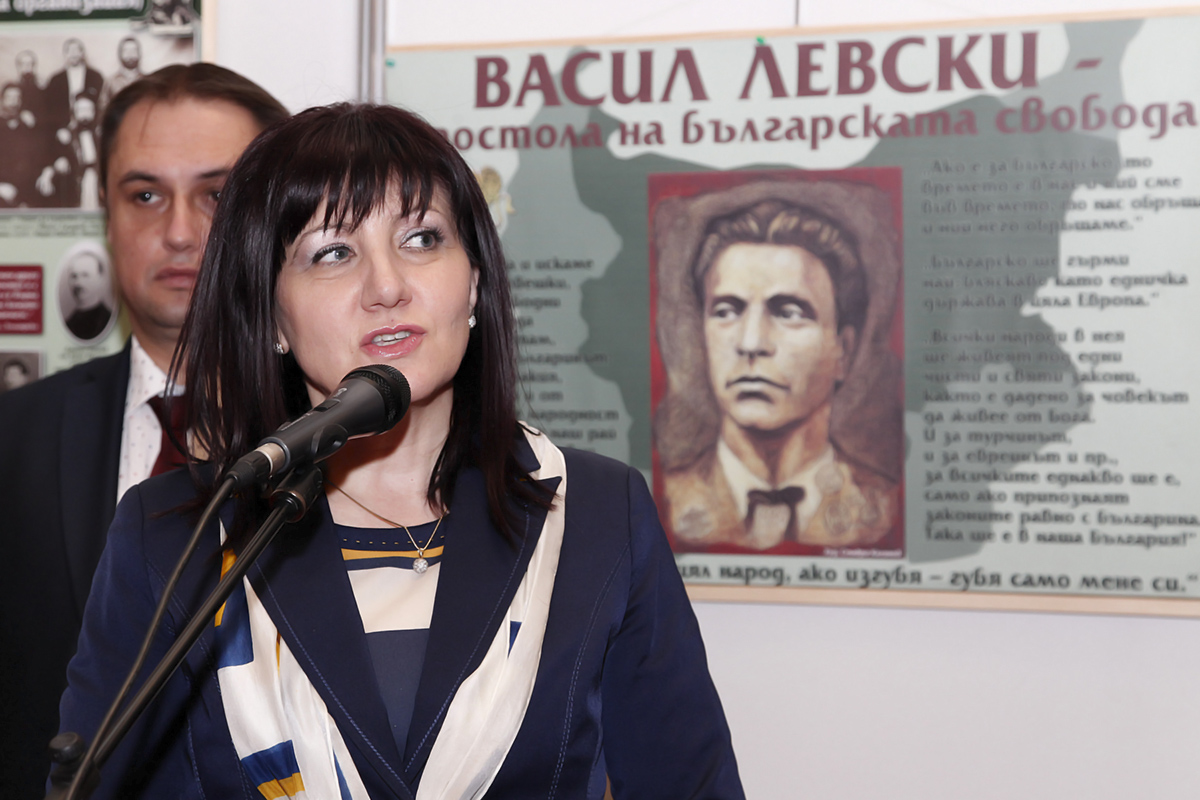 A documentary exhibition of the Regional Museum of History in Lovech showing Vasil Levski’s life, ideas and work was opened by Speaker of Parliament Tsveta Karayancheva. The exhibition is in Parliament at the initiative of MP Ivan Mihovski and Regional Governor of Lovech Georgi Terziiski.
The National Assembly is always open for exhibitions related to the life and work of the Apostle of Freedom, said Tsveta Karayancheva at the opening ceremony. They help us tell children and young people more details about the great Vasil Levski, she emphasised.
The exhibition shows the role of Lovech in the life of the Apostle, his childhood, his revolutionary work, and his death, said Tsveta Karayancheva. She said that the seven original portraits of the Apostle were part of the exhibition.
Regional Governor of Lovech Georgi Terziiski thanked for the opportunity for the Regional Museum of History in Lovech to visit the National Assembly with the exhibition about Vasil Levski. He quoted Levski’s words that Bulgaria should be “a temple of true and authentic freedom”, and find its place among other European nations. Today it is a fact, but in order to keep our place, we need unity, patriotism and common efforts, added Georgi Terziiski. On behalf of the museum, he gave the Speaker of Parliament and all parliamentary groups a Handbook of the Regional Museum of History in Lovech and a memorial calendar.
The documentary exhibition shows the thoughts and ideas of the Apostle of Bulgarian Freedom about the state and political system of free Bulgaria: “a sacred and pure republic!” There is an emphasis on the setting up of the network of committees across Bulgaria and the role of the citizens of Lovech and the city itself as the headquarters of the Bulgarian Revolutionary Central Committee.