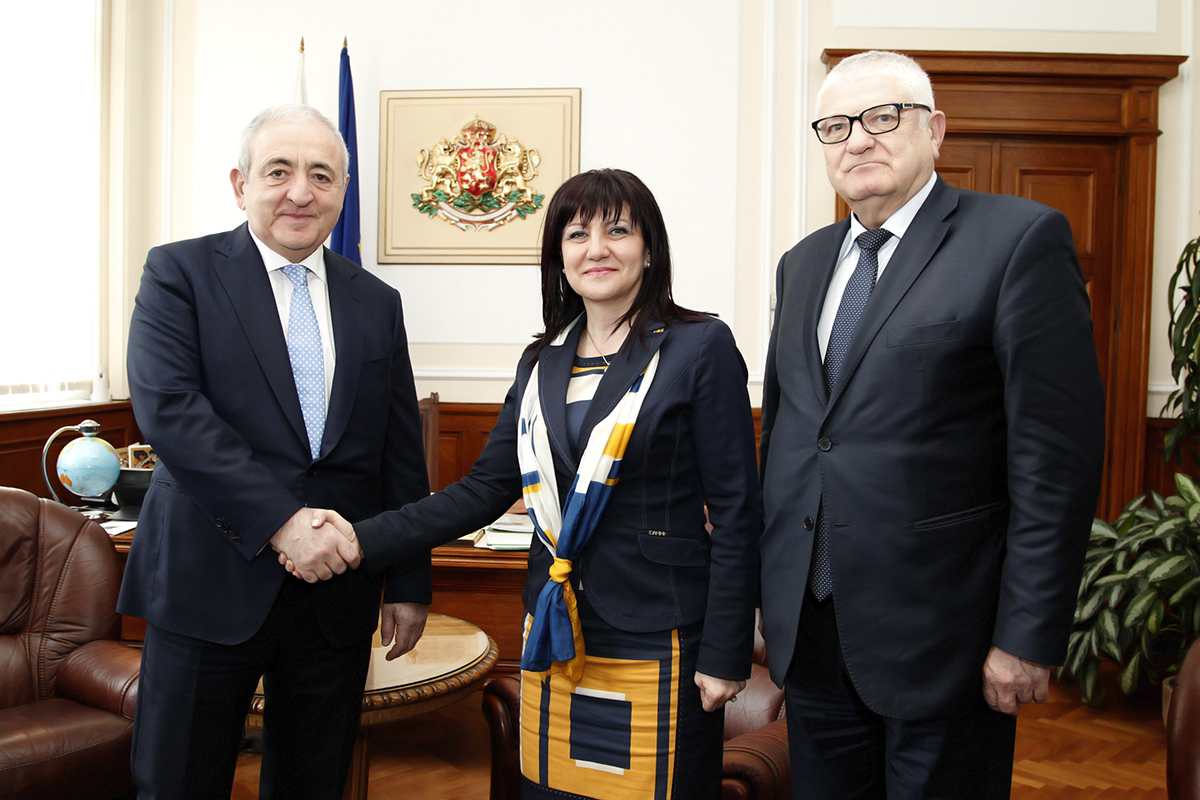 Speaker of Parliament Tsveta Karayancheva spoke with PABSEC Secretary General Asaf Hajiyev. Chair of the Economic Policy and Tourism Committee and PABSEC Deputy Chair Asaf Hajiyev Petar Kanev was also present at the meeting.
Bulgaria attaches special importance to its participation in the most developed and active Parliamentary Assembly in the Black Sea Region, and Bulgarian parliamentarians are actively involved in its work, said the Speaker of Parliament at the meeting.
The Bulgarian Presidency of the Council of the EU is a big challenge for our country, said Tsveta Karayancheva. She told the PABSEC Secretary General about the programme of the Parliamentary Dimension and thanked him for accepting the invitation to be the keynote speaker at the Inter-Parliamentary Conference on the Common Foreign and Security policy and the Common Security and Defence Policy opening in Sofia on the next day. I hope that the joint meetings of parliamentarians from the EU member states and the region will provide a venue for new ideas, which we can implement together in the future, added the Speaker of Parliament.
PABSEC Secretary General Asaf Hajiyev said that Bulgaria played an important role in the work of the Assembly, and that Bulgarian parliamentarians always made constructive proposals in the interest of cooperation in the Black Sea region. He invited the Speaker of Parliament to the PABSEC meeting of Presidents and Speakers of Parliament for the 25th anniversary of the Assembly, which would take place in Istanbul in May.