National Assembly
of the Republic of Bulgaria
News
Tsveta Karayancheva: Parliamentary scrutiny will enhance the democratic legitimacy of EUROPOL 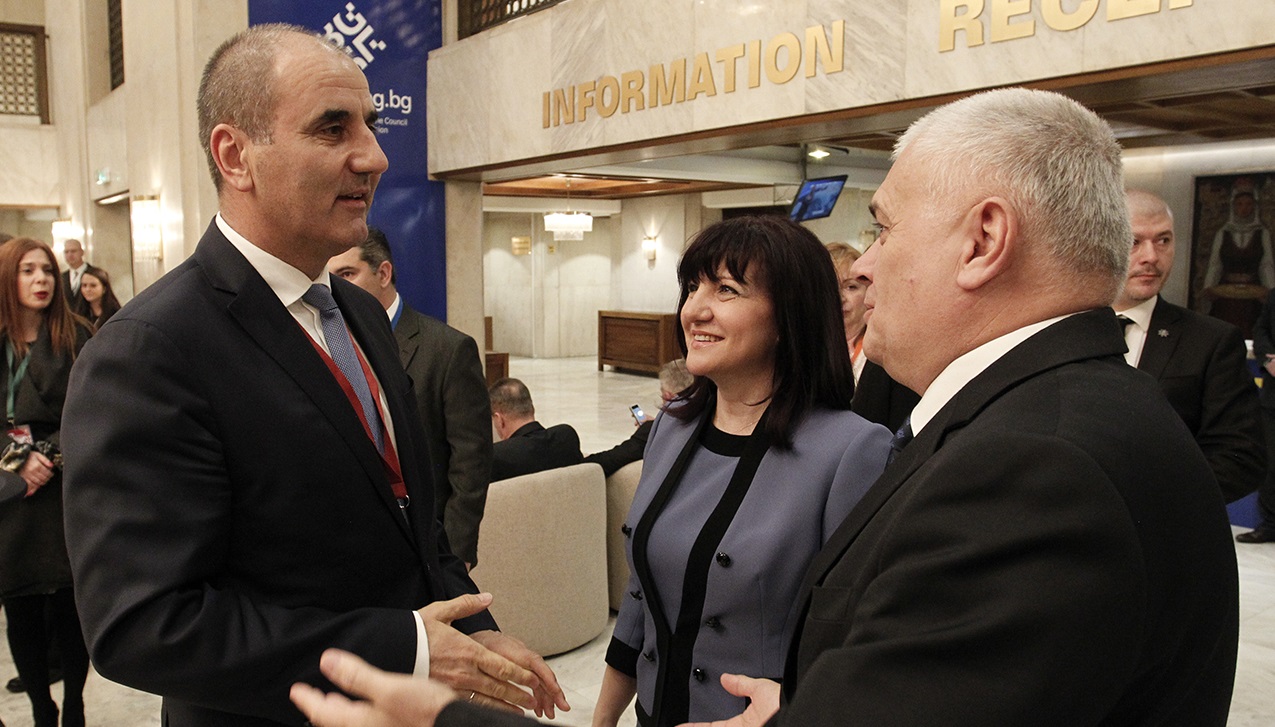 Parliamentary scrutiny will enhance the democratic legitimacy of EUROPOL, said Speaker of Parliament Tsveta Karayancheva, who welcomed tonight the participants in the meeting of the Joint Parliamentary Scrutiny Group on EUROPOL. The meeting, which will take place tomorrow in the National Palace of Culture, is the fourth event of the Parliamentary Dimension of the Bulgarian Presidency of the Council of the EU. It will be hosted by the parliamentary Committee on Internal Security and Public Order.
Parliamentary scrutiny will ensure that citizens’ rights are protected and there are reliable mechanisms providing information about the work in the security sector and the activities of EUROPOL, said Tsveta Karayancheva. She added that this was the only form of supervision over the functioning of the EU agency together with the national legislative institutions.
As Speaker of the National Assembly, Tsveta Karayancheva emphasised the importance of parliamentary control for democratic societies. She said that this core function of legislative institutions directly concerned European citizens, by whom they were elected and held accountable.
Chair of the Committee in Internal Security and Public Order Tsvetan Tsvetanov welcomed over 130 MPs from national parliaments who would take part in the meeting of the Joint Parliamentary Scrutiny Group on EUROPOL on the next day. He thanked Chair of the Civil Liberties, Justice and Home Affairs Committee at the European Parliament Claude Moraes, with whom he will co-chair the event, for the efforts made in recent months to seek opportunities for achieving political consensus on parliamentary scrutiny rules and including the topic of the Western Balkans in the multiannual programme for EUROPOL 2019 – 2021. At the end of his statement, Tsvetan Tsvetanov urged the parliamentarians to work in view of achieving consensus in the name of Europe and addressing the new challenges before the Union.
Chair of the Civil Liberties, Justice and Home Affairs Committee at the EP Claude Moraes thanked the Bulgarian Parliament for the excellent organisation of the events from the Parliamentary Dimension of the Bulgarian Presidency. If tomorrow we achieve a consensus on the parliamentary scrutiny rules on EUROPOL, implemented by national parliaments and the EP, this will be a historic step in the work of the Joint Parliamentary Scrutiny Group, he said. EUROPOL has proven to be the most successful EU agency and this is due to the long-term efforts of its Director Rob Wainright, his team and the employees of the agency, for which we commend them, added Claude Moraes.
Our main task tomorrow will be to adopt good rules for parliamentary scrutiny in order to guarantee the European citizens success in combatting organised crime and all other threats, emphasised Moraes.
Minister of the Interior Valentin Radev urged the parliamentarians and EUROPOL’s team to help the Western Balkans countries and to include this task in the next multiannual programme of EUROPOL 2019 – 2021. This support is of key importance in those countries’ fight against organised crime and terrorism, emphasised Minister Radev. He also urged EUROPOL to support the countries which were external borders of the EU. Bulgaria is doing very well in protecting the external border and this can be seen in the assessment by FRONTEX, but EUROPOL’s support for Bulgaria and other member states that protect the external borders of the Union is important for their successful work, added Valentin Radev.
The guests of the event saw folklore performances by students from the National Folklore Art School “Shiroka Luka”.