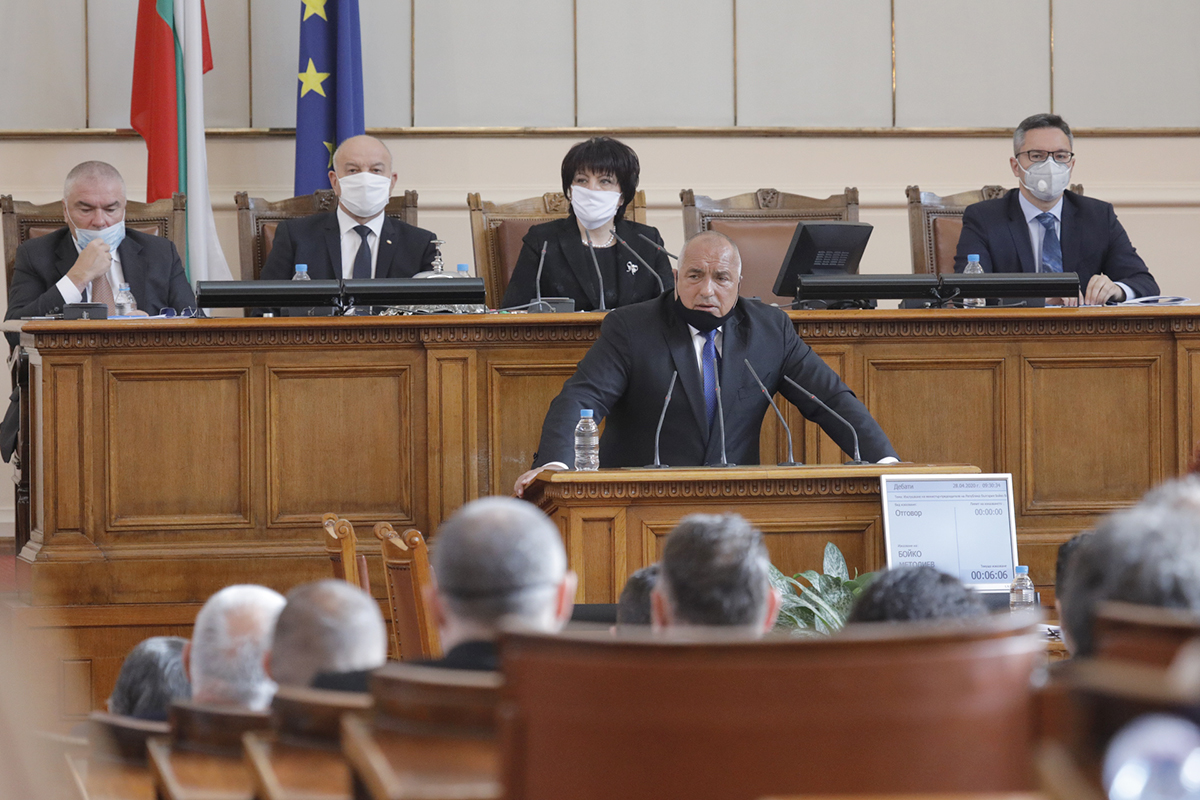 The National Assembly heard the speech of Prime Minister Boyko Borisov about the state of play in the country regarding the Covid-19 pandemic and the effectiveness of the health, economic and social measures taken.

The Prime Minister noted that “In reality, we have the most liberal measures in Europe”, adding that they are timely, accurate, and very well refined. He set an example with other countries where construction and other activities are about to resume, while they have not been suspended at all in Bulgaria, and with countries in the region, such as Greece, Serbia, and Turkey, where curfew has been introduced.

Boyko Borisov informed that there are 1,387 confirmed cases of Covid-19 in Bulgaria, of which 58 persons died and 222 were cured. He added that according to data from the European Centre for Disease Control, Bulgaria ranks first in the low number of sick people per hundred thousand people and third after Slovakia and Latvia in the lowest number of deaths per hundred thousand people, which is an indicator and a very clear answer as to how timely the measures were. In his words, the fact that we have the least deaths and sick people means that we have dealt with the first issue related to health. The Prime Minister stressed that he strongly recommends that the people should listen to what the headquarters has to say because the results are now visible. He also noted how quickly the industries for the production of protective clothing, masks, and helmets were reorganised to ensure the safety of people on the front line.

The Prime Minister announced that we currently have 60,000 tests available, 5,000 PCR from the United States, 10,000 from China, 15,000 from the Ministry of Health, and another 30,000 from Korea. Boyko Borisov explained that the headquarters is targeting the groups and thanks to rapid quarantine measures and testing, as the ones in Bansko, as soon as the quarantine is over, people shall be released to return to normal life.