National Assembly
of the Republic of Bulgaria
News
Dragomir Stoynev: Europe's Economic Recovery Plan shows awareness of the EC's political responsibility and offers a good balance between grants and loans 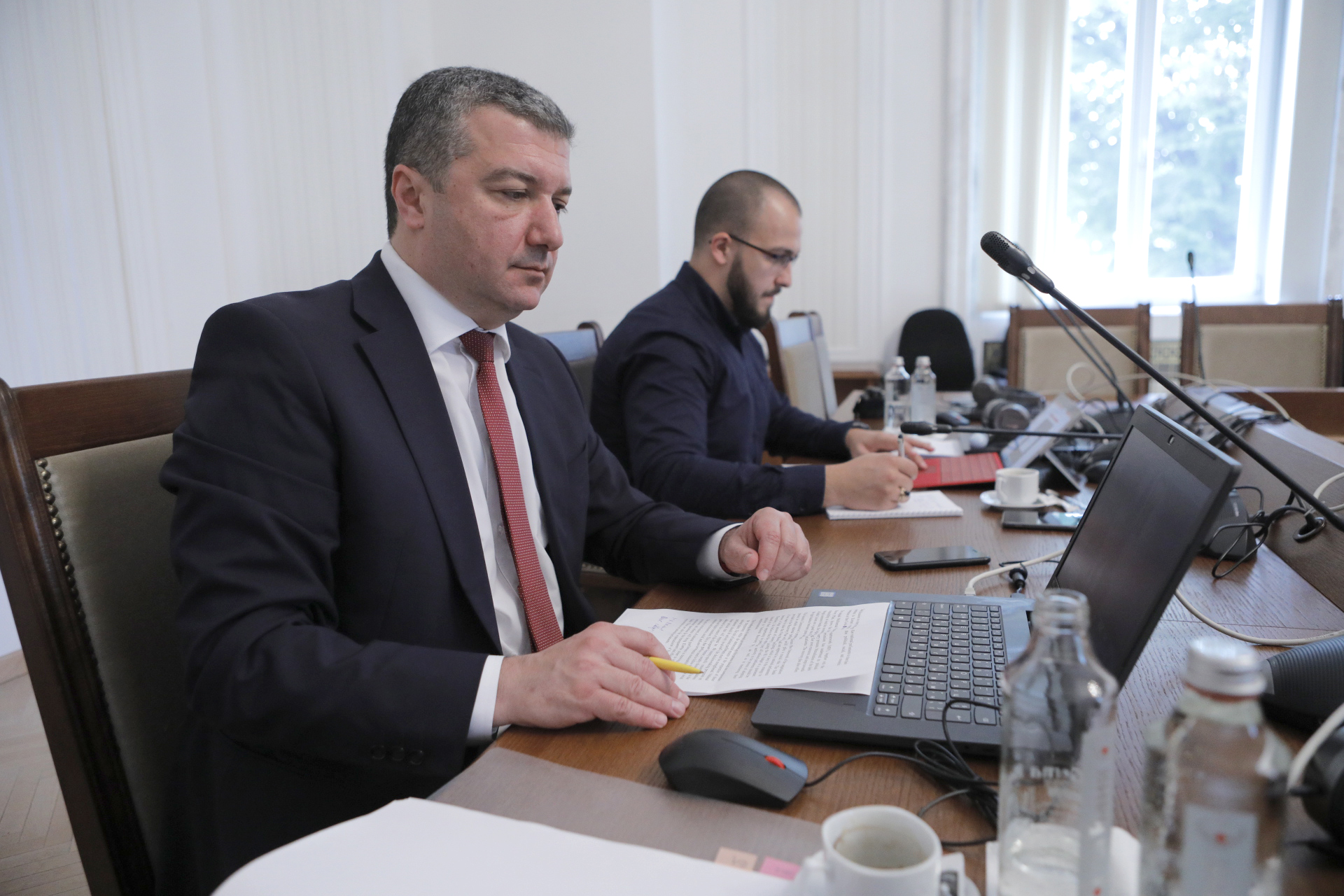 Europe's Economic Recovery Plan shows awareness of the EC's political responsibility and offers a good balance between grants and loans. This was said by the Chairperson of the Committee on European Affairs and Oversight of the European Funds, Dragomir Stoynev, at an emergency meeting of the chairpersons of the Conference of Parliamentary Committees for Union Affairs of Parliaments of the European Union (COSAC). The emergency forum of chairpersons replaced the usual plenary COSAC due to the complex international situation due to COVID-19 and took place via videoconferencing.
Dragomir Stoynev stressed that the discussion is a timely opportunity for national parliaments to share their commitment to the European response to the political, social and economic consequences of the coronavirus crisis. In his words, the new Multiannual Financial Framework proposal, debt mutualisation through bond issuance, the planned increase in own resources and steps towards a health union are a good basis for negotiation.
The Chairperson of Committee on European Affairs and Oversight of the European Funds described the European Commission's proposal as historic and noted the crucial role of national parliaments in the negotiation process, which must approve the planned increase of “own resources” in the EU budget. This will allow the EC to obtain a loan from the financial markets that will provide the necessary resources for economic recovery. The approval of national parliaments should be conditional on their ability to participate actively in the process of drafting and adopting policies in the national recovery plans, as well as in monitoring their implementation, Dragomir Stoynev said. The Chairperson of the Committee on European Affairs and Oversight of the European Funds at the National Assembly added that the dominant role of national governments should not be at the expense of transparency.
During the emergency COSAC meeting, Dragomir Stoynev also stressed the need for national parliaments to be actively involved in the preparation of policies related to the energy and digital transition under the European Semester. This is the path we need to follow in order to achieve social cohesion, as well as economic, social and environmental sustainability, he said, adding that the commitment of national parliaments to drawing up investment and reform priorities would contribute to the cohesion between Europe and the citizens of the Member States, as well as to the creation of institutional guarantees for transparent and effective spending of European funds.
The emergency chaired COSAC also marked the end of the Parliamentary Dimension of the First Croatian Presidency of the Council of the EU, which passed under the motto “A strong Europe in a challenging world”.
In the emergency videoconference, parliamentarians from across Europe discussed two topics of great importance for the EU, related to the Common European Response to Coronavirus Spread and the implications for the Multiannual Financial Framework 2021-2027, and the future of Europe.