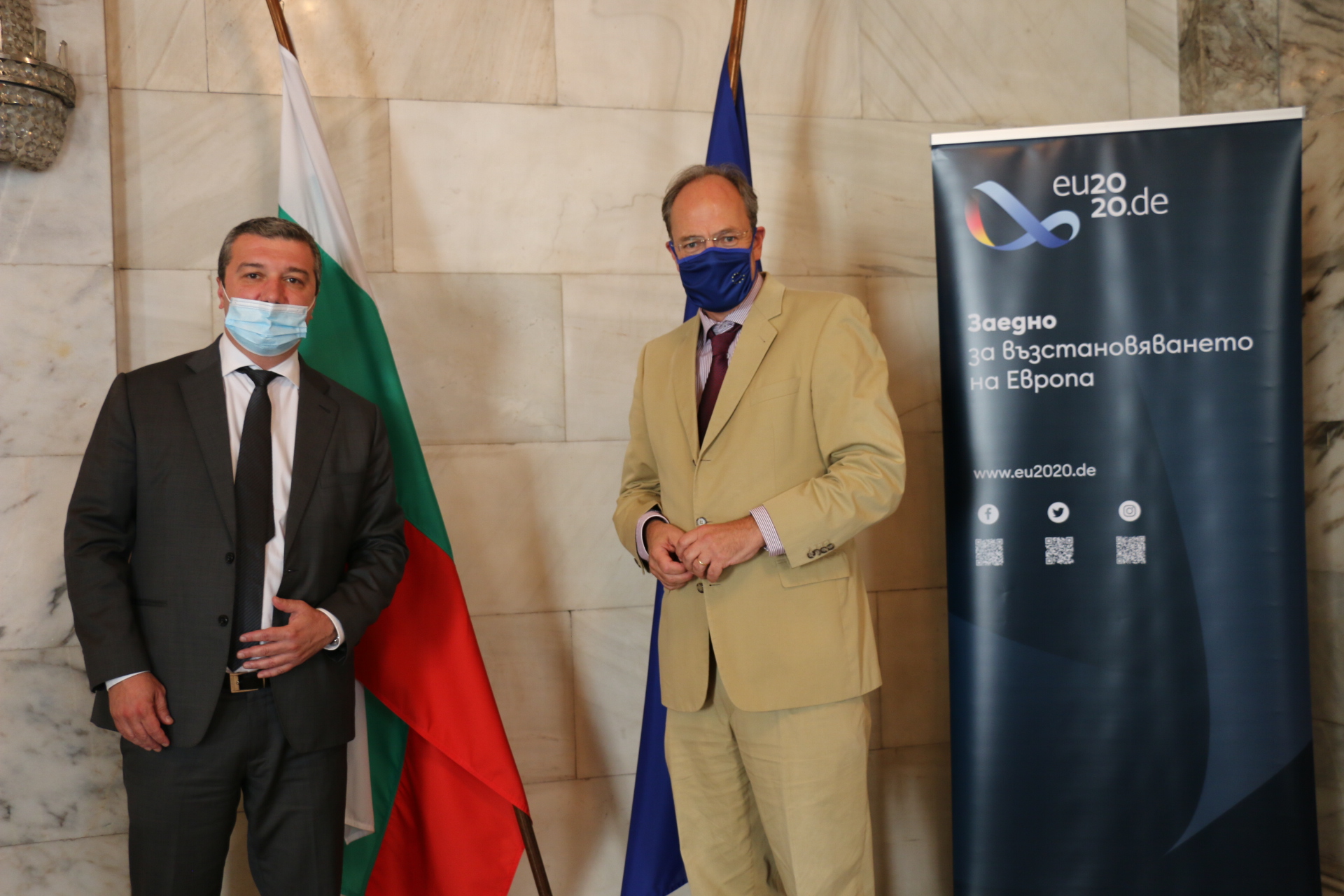 "Times New Roman";mso-bidi-theme-font:minor-bidi">Members of Parliament from
the Committee on European Affairs and European Funds Control referred to the
priorities of the German Presidency of the Council of the EU. They were
presented by the Ambassador of the Federal Republic to Bulgaria, Christoph
Eichhorn. mso-fareast-font-family:"Times New Roman"">

The Chairperson of the
European Affairs and European Funds Control Committee, Dragomir Stoynev,
stressed that the priorities of the German presidency of the EU Council are
extremely important, given the expectations of all member states that those
should lead to stability, prosperity and security. In his words, proper
solutions need to be found, because the next six months are of particular
importance to the European Union. There are a number of challenges that we need
to addressed together, Dragomir Stoynev added.

The Ambassador of the Federal
Republic of Germany to Bulgaria, Christoph Eichhorn, emphasised the Presidency
slogan “Together Europe’s Recovery” and noted that coronavirus is currently the
most important topic for all citizens of United Europe. I am not sure if the
Bulgarian word “horror” describes exactly what we are going through right now,
but a hundred thousand Europeans have died from COVID-19 and we are taking this
very seriously, he noted. The need for good coordination to tackle the pandemic
was also highlighted during the discussion.

Among the priorities of the
German Presidency of the Council of the EU are the economic recovery of the
Community and reaching agreements on the Multiannual Financial Framework,
European solidarity and social cohesion. The representative Christoph Eichhorn
added that the amounts from the additional funds not only need to reach every
single European citizen, but must also be invested strategically so that Europe
can be greener, more digital, more social and more innovative.

Finalising the BREXIT
negotiations with Great Britain, migration, and EU foreign policy relations are
also among the priorities for the German Presidency. In particular, this refers
to the Western Balkans and possible negotiations on the accession of Northern
Macedonia and Albania to the European Union, the partnership with Africa and
China, as well as the EU's ability to gain a stronger position on the
international political scene.

Vice-Chair of the Committee
on European Affairs and European Funds Control, Ivelina Vassileva, underlined
our country's readiness to work on the outlined matters. She also noted the
traditionally good co-operation with the relevant committee at the Bundestag.
Ivelina Vassileva also described this period as extremely important in view of
the decisions to be taken in dealing with the crisis caused by COVID-19, the
next financial period and the European Green Deal.

The Member of Parliament,
Petar Petrov, said that Germany is Europe's locomotive and sent a wish to the
Federal Republic to introduce strict discipline and order in the EU.