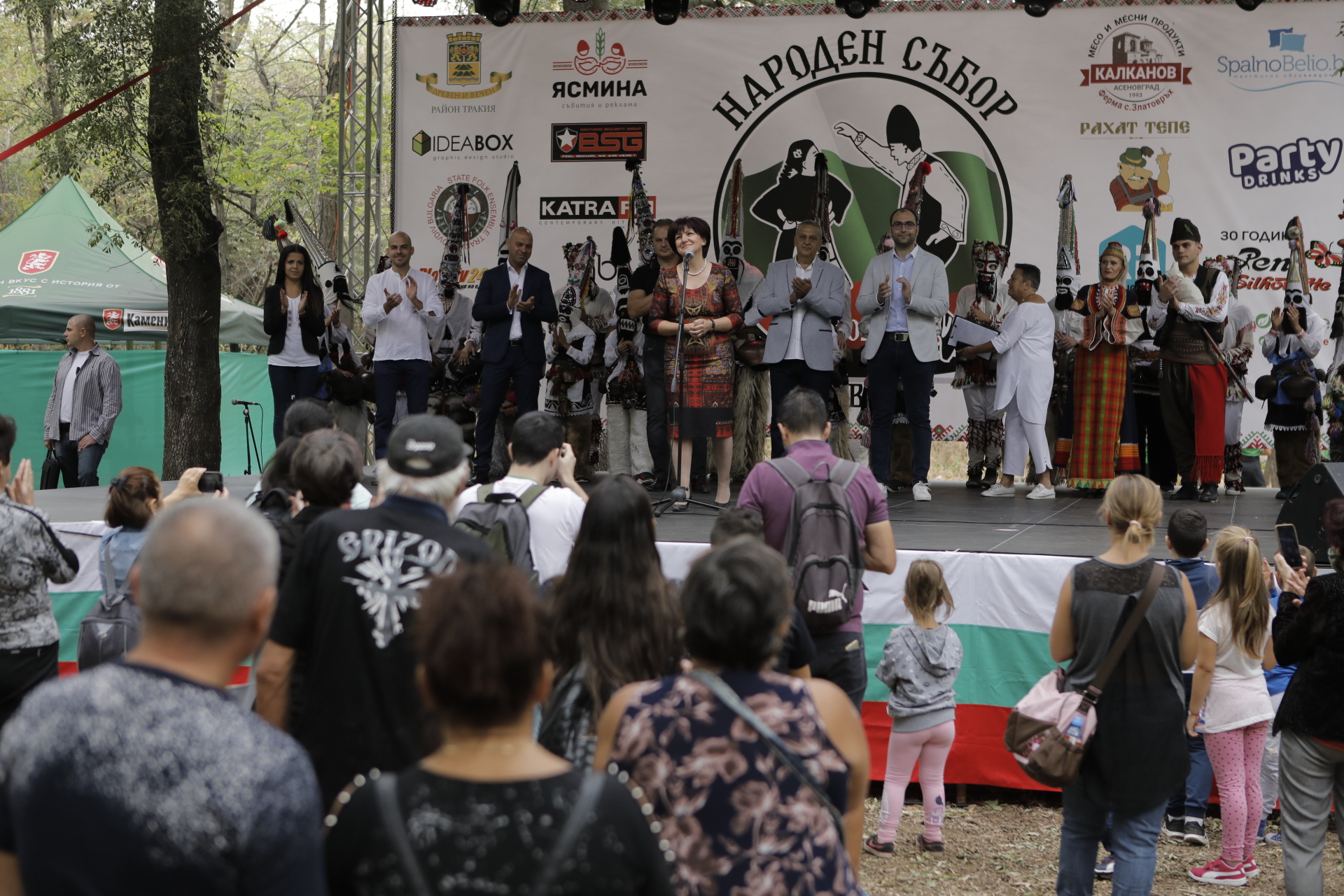 The National Assembly President Tsveta Karayancheva led the opening of the Folklore Festival “People’s Fair Plovdiv”
The People's Fair held in Plovdiv’s Park “Lauta” is a obvious lesson in national identity and devotion to our traditions and customs, said the National Assembly President Tsveta Karayancheva at the opening of the folklore festival.
Today Plovdiv is a scene of talents from all over Bulgaria, a colourful rug of voices, melodies, moves and traditional embroideries, a carousel of sounds and movements, ringing of Rhodope bells, kukery masks, rituals, chants, and crafts, Tsveta Karayancheva said. She emphasised that this palette of colours and rhythms cannot leave anyone indifferent because it is in our blood, because it unites us and keeps us together.
The President of the National Assembly emphasized that our folklore, collected throughout the centuries and passed down from generation to generation, has preserved our people even in the most troubled times in history. It is from this clear well that our people have drawn strength, faith and inspiration, Tsveta Karayancheva pointed and added that even today it saves us from sadness, from despair, from doubts whether we are worthy of our ancestors.
Tsveta Karayancheva congratulated the mayor of Trakia region Kostadin Dimitrov and the organisers of the fifth People's Fair in Plovdiv and thanked them for the efforts they had invested in holding it despite the pandemic situation.
The folklore festival “People's Fair Plovdiv” is an important part of the municipality’s cultural calendar. Every year more than 30,000 people watch his varied program, which takes place in three open-air scenes in Lauta Park.