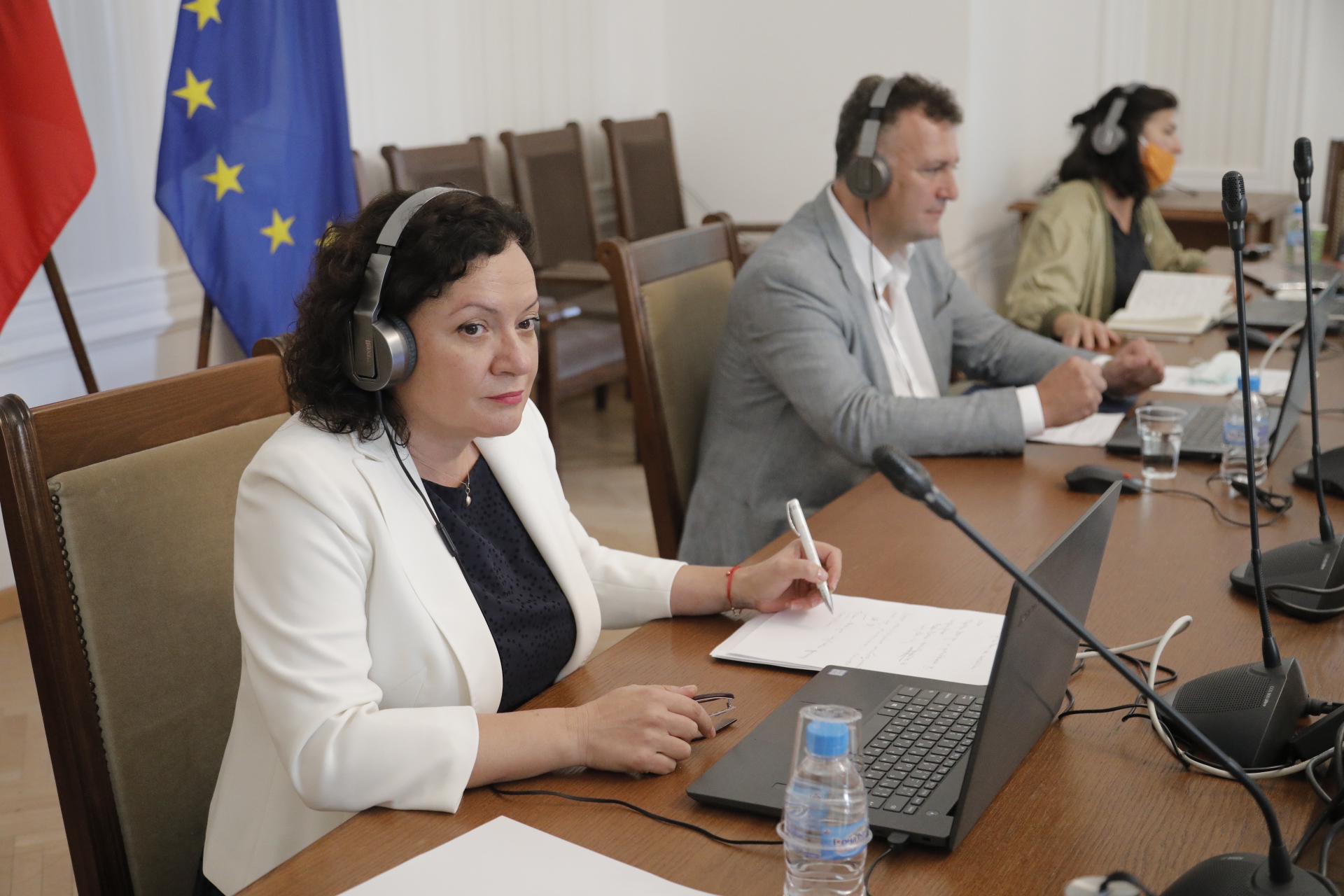 The Chairmen of the Parliamentary Committees on Energy, Agriculture and Food, Environment and Water, and Transport, Information Technology and Communications Valentin Nikolov, Maria Belova, Ivelina Vasileva and Halil Letifov participated in a videoconference on the “European Green Deal and Common Agricultural Policy: For a sustainable and climate-neutral Europe”. The event is within the parliamentary dimension of the Presidency of the Council of the EU and was organized on the 5th October 2020 by the German Bundestag.
In the framework of the first session “European Green Deal: New objectives for 2030 and the transition to climate neutrality”, Vice-President Frans Timmermans made a keynote speech. He stressed that national parliaments play a key role in achieving EU objectives in different areas and called on parliamentarians to be actively involved in the development of specific policies. The expansion of the emissions trading system is a complex issue and its method of implementation should be subject to careful consideration, he commented in response to a question from a parliamentarian.
The Minister of Climate of the Republic of Poland, Michał Kurtyka, pointed out that achieving the Green Deal requires major investments. The EU should choose a fair transition without excluding any of the Member States, he stressed and added that European citizens cannot bear the burden of achieving a climate-neutral policy.
The “European Green Deal: Sustainable and smart mobility” was the topic of the keynote speech made by the Chairman of the Committee on Transport and Digital Infrastructure in the German Bundestag, Cem Özdemir.
During the second session, the new challenges for the EU Common Agricultural Policy in the period 2021-2027 were discussed. Statements on the topic were made by European Commissioner for Agriculture Janusz Wojciechowski, the Chairman of the Committee on Agriculture and Rural Development in the European Parliament Norbert Lins, and Federal Minister for Food and Agriculture in Germany Julia Klöckner.