National Assembly
of the Republic of Bulgaria
News
Dragomir Stoynev: Greater coordination between EU Member States is needed for finding common solutions and a way out of the COVID-19 pandemic 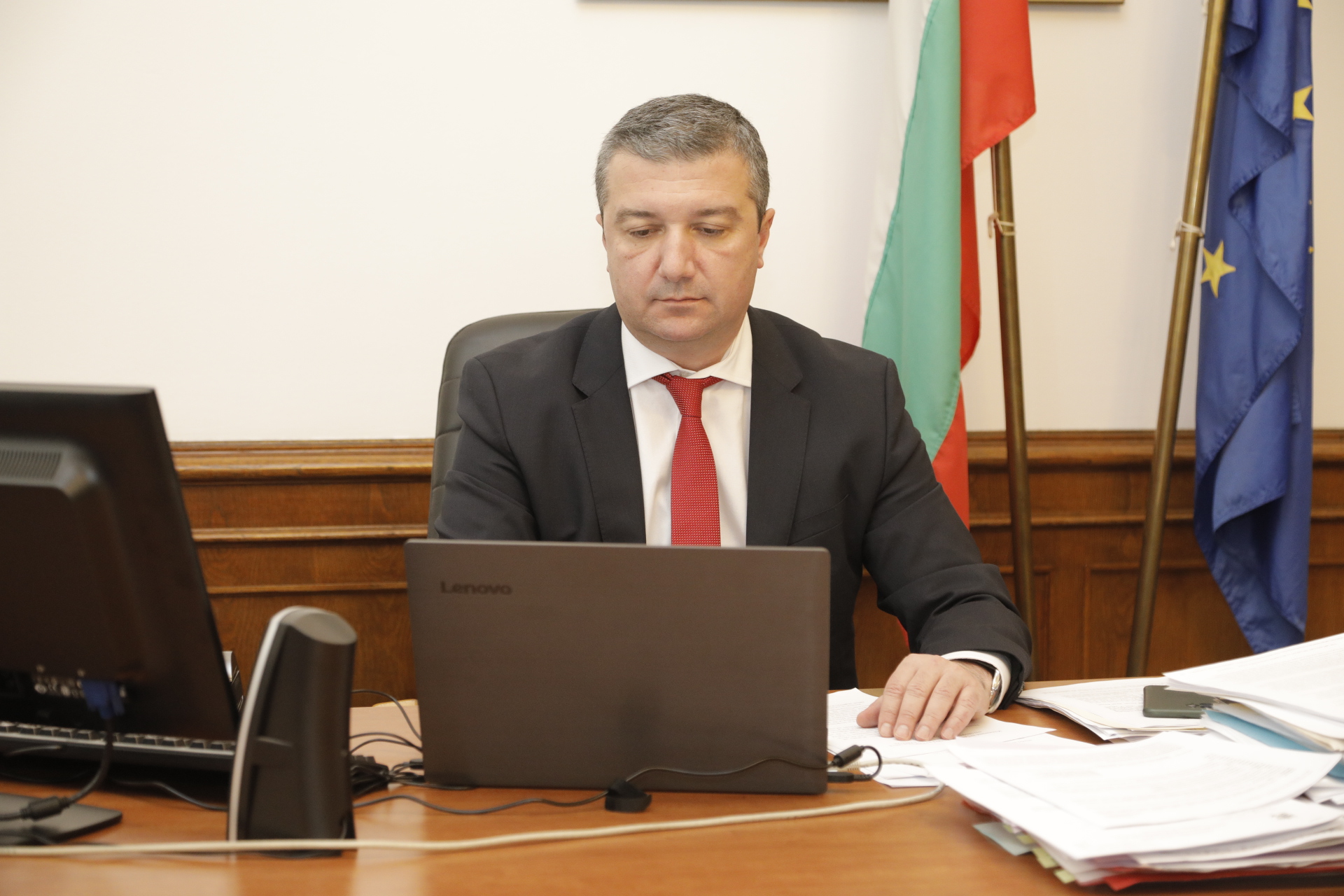 Greater coordination between the Member States of the European Union is needed for finding common solutions and a way out of the COVID-19 pandemic. This was stated by the Chairperson of the Committee on European Affairs and Oversight of the European Funds (CEAOEF) Dragomir Stoynev during the Videoconference of Parliamentary Committees for Union Affairs of Parliaments of the European Union (COSAC). Because of the ongoing complicated international situation due to COVID-19, the videoconferencing format of the forum replaced the usual plenary COSAC. In continuation on the topic, Mr. Stoynev expressed his concern that by blocking the Multiannual Financial Framework, the Member States will be deprived of the financial resources they need to implement concrete measures to deal with the crisis. EU citizens suffer the most from such an act of blocking funds for political reasons, he added.
The most important event, marking the end of the Parliamentary Dimension of the German Presidency of the Council of the EU, was attended by the Chancellor of the Federal Republic of Germany, Angela Merkel, who presented to the parliamentarians the report of the German Presidency, as well as by the European Commission President, Ursula von der Layne, who on the second day of COSAC was a panellist on the topic of the future of the Union. In her speech, among the other important topics, the one about the recovery from the crisis caused by COVID-19 stood out, and the President of the EC once again emphasized the central role of national parliaments in the process of drafting and adopting National Recovery Plans. Among the other speakers at the Videoconference were the Director of the European Centre for Disease Prevention and Control Dr. Andrea Ammon, as well as the Secretary of the Federal Ministry of Health Dr. Thomas Gebhardt.
An interesting and innovative point of the Videoconference was the inclusion on its agenda of an extraordinary topic, which covered the resumption of the transatlantic relations. Mr. Stoynev welcomed Joe Biden's victory and emphasized that the expectations towards the administration of the newly elected President of the United States are high and are in the direction of countering COVID-19 and economic recovery, which in turn would open up opportunities for stronger economic cooperation between the EU and the United States. In addition, the President of CEAOEF pointed out that the return of the USA to global treaties such as the Paris Agreement, the renewal of commitments to the World Health Organisation, as well as the Plan of Action on the Iranian nuclear programme, would reduce the inter-institutional tensions accumulated in recent years.
Closing for the Videoconference was the topic of Europe's role in the world and its responsible partnership with Africa. Within its framework, Mr. Stoynev emphasized the need of building a partnership with the neighbouring continent of Europe. We must concentrate our efforts on a partnership that guarantees a sustainable growth model, an improved business environment and investment climate. It is essential to resolve conflicts, eradicate poverty, reduce inequalities, and ensure free and fair trade, the President of CEAOEF said. As a good example in this direction he gave the joint initiative of the European Investment Bank and the African Development Bank – Boost Africa. In conclusion, Mr. Stoynev emphasized on the joint efforts that both unions should make to ensure the development of their partnership.