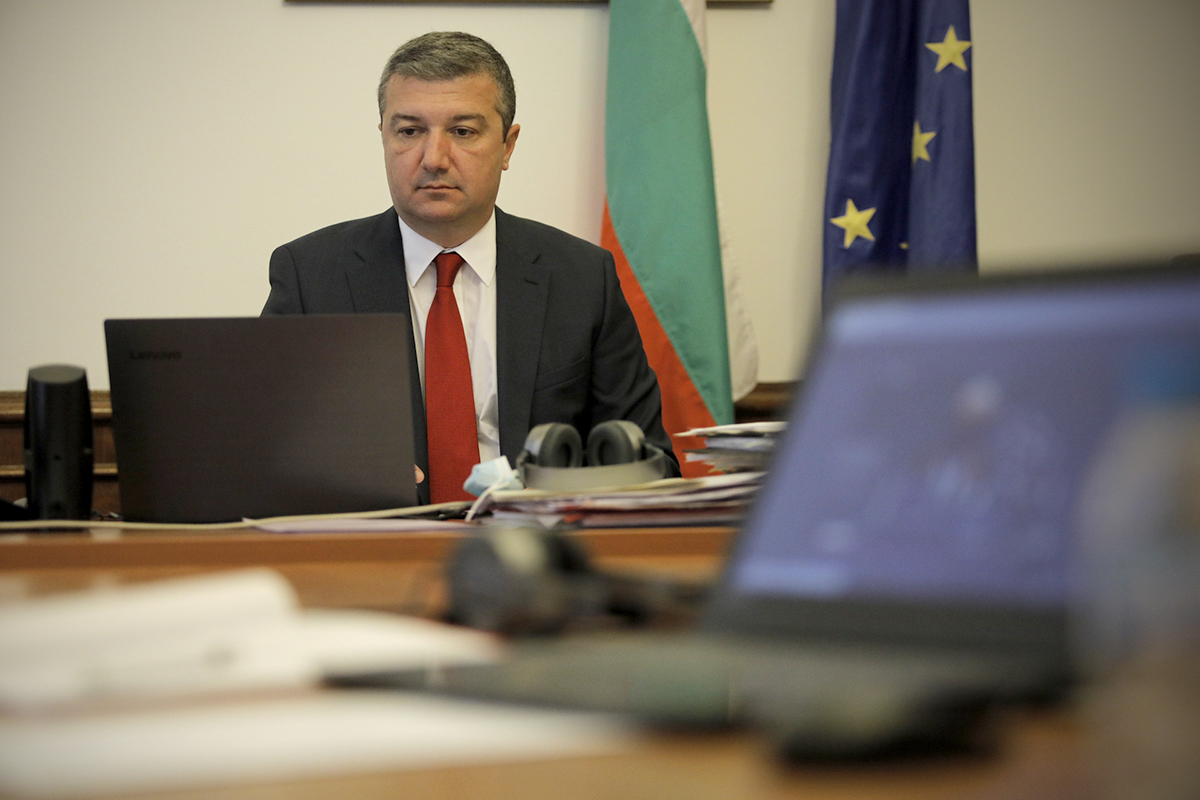 The European Union must ensure that the next generation of Europe will not be permanently affected by the COVID-19 pandemic. This was stated by the Chairperson of the Committee on European Affairs and Oversight of the European Funds (CEAOEF) Dragomir Stoynev during the Video conference meeting of the Chairmen of the Parliamentary Committees for Union Affairs of Parliaments of the European Union (COSAC). Because of the ongoing complicated international situation due to COVID-19, the video conferencing format of the forum replaced the usual Chairmen COSAC.
The video conference marks the beginning of the Parliamentary Dimension of the Portuguese Presidency of the Council of the European Union.  The agenda of the event was divided into two topics. The first topic reflected the priorities of the Portuguese Presidency of the Council of the EU, within which the panellist was the Minister of State and Foreign Affairs of Portugal, Mr. Augusto Silva. On the second topic, the EU Commissioner Ms. Eliza Fereira, responsible for “Cohesion and Reforms”, presented the position of the European Commission on the EU Instrument for Recovery and Resilience. In a speech on the topic, Mr Stoynev pointed out the need for a united and responsible position regarding the ratification of the proposal for a Council decision on the system of own resources of the European Union. According to the words of the Chairperson of CEAOEF, proactive work by the national parliaments and the governments in the process of drafting and adopting policies related to the National Plans for Recovery and Resilience is needed to deal with the consequences of the crisis. He went on to express his gratitude for the position expressed by the President of the European Commission Ursula von der Leyen regarding the active participation of the national parliaments in this process. Last but not least, Mr. Stoynev voiced hope that the governments of the member states will not ignore the support provided by the President of the European Commission. Ignoring national parliaments would only contribute to undermining the credibility in the National Plans for Recovery and Resilience.
The agenda of the forthcoming Plenary Session of COSAC was discussed and approved as part of the Chairmen COSAC. In this regard, the Chairperson of the Committee on European Affairs of the Portuguese Parliament voiced hope that the session will be held in attendance in Lisbon, but added that the Parliamentary Dimension will work on two scenarios and will monitor in due course the situation regarding the progress of COVID-19 pandemic. The Plenary COSAC starts on 30 May and ends on 1 June 2021.