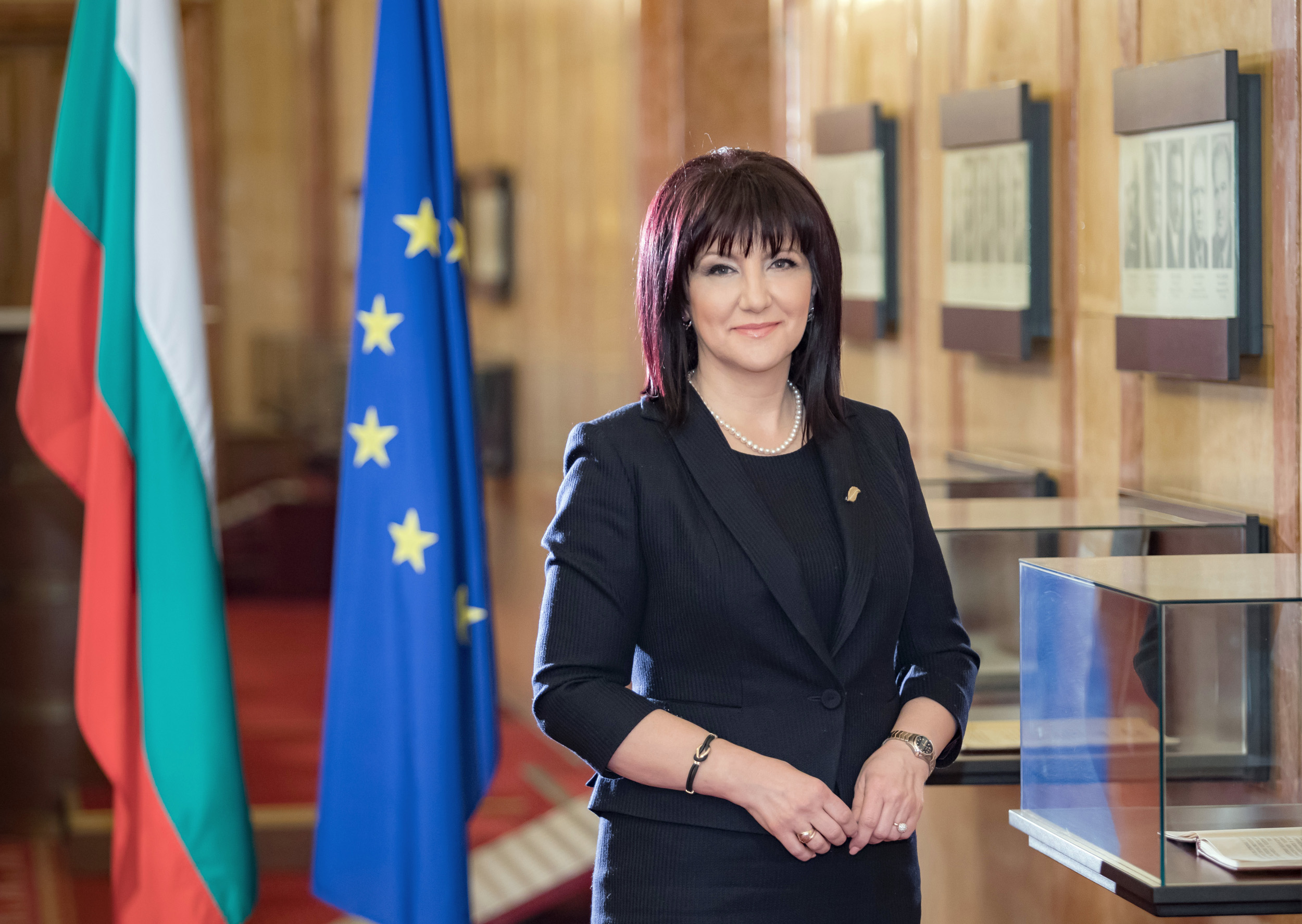 The President of the National Assembly Tsveta Karayancheva paid tribute to the victims of the communist regime. On 1 February 2021 she presented flowers in front of the memorial plaque of the dissident and political prisoner Father Blagoy Topuzliev in Kardzhali.
Tsveta Karayancheva noted that everyone should go back in time and bow their heads to the people whose fates were broken by the totalitarian regime, whose dignity and future were destroyed. “The more time moves us away from these events, the greater our responsibility is to keep them from oblivion,” she emphasised. “Because even today we are witnessing attempts to acquit the People's Court and calls for its example to be repeated,” the President of the Parliament added.
“One of the biggest fears of the regime, whose victims we honour today, was the fear of protests, so it crushed everything that even remotely resembled a protest,” Tsveta Karayancheva said. She stressed that one of the great advantages of democracy is precisely the right to protest. “When protesting let us not use images from a dark past and techniques reminiscent of the times of indiscriminate political repression, thus harming ourselves, our society, our causes, our historical memory,” called the President of the National Assembly. “Let us continue defending together the democratic values and the human dignity, regardless of the differences between us,” added Tsveta Karayancheva.