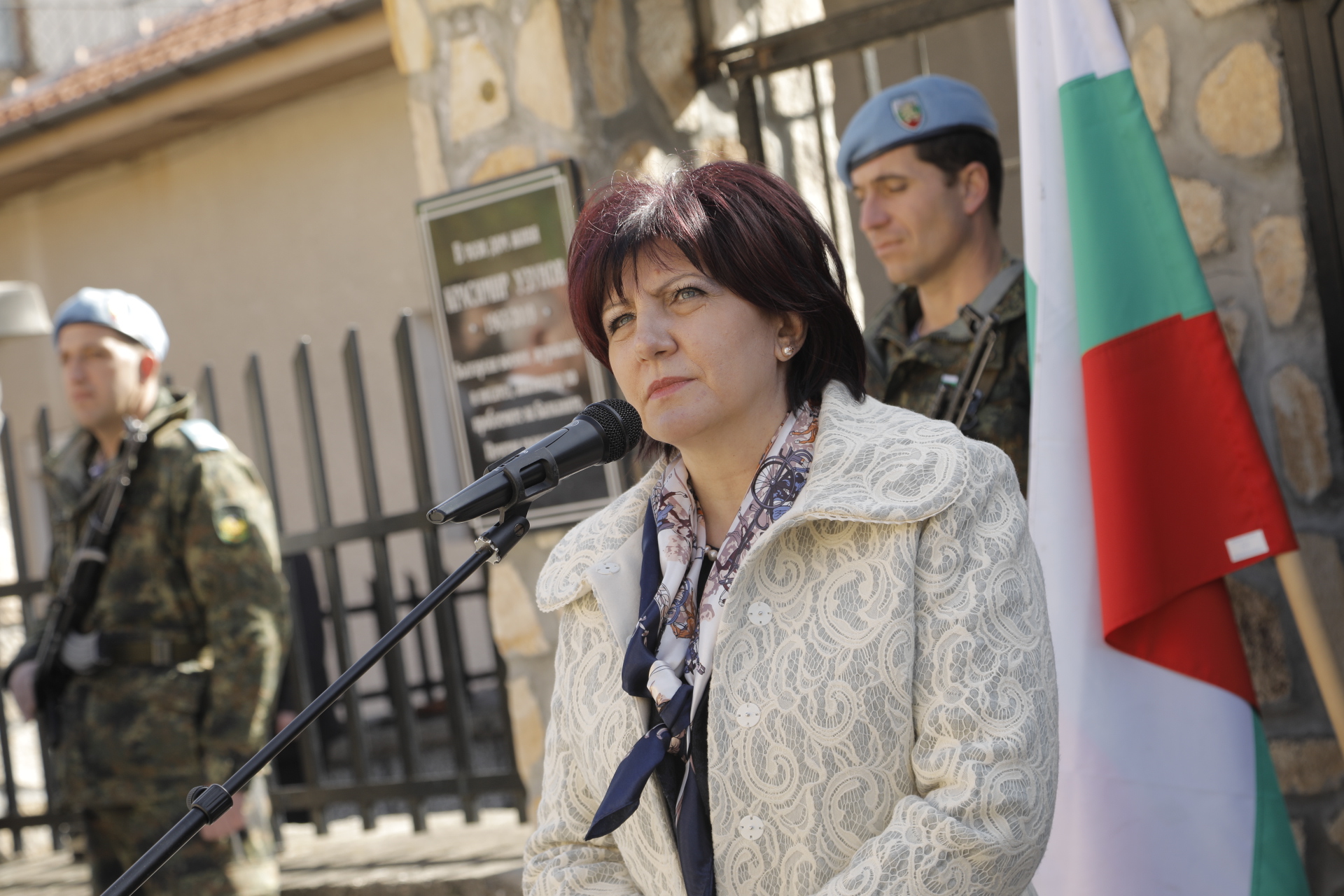 The President of the National Assembly Tsveta Karayancheva participated in the opening ceremony of the memorial plaque of Krasimir Uzunov in Peshtera. The solemn ritual took place in front of the home of Krasimir Uzunov.
The President of the National Assembly accepted the honorary guard of Special Forces soldiers built on the occasion of the unveiling of the memorial plaque.
The President of the Parliament Tsveta Karayancheva noted that Krasimir Uzunov has left deep traces in cultural, political and social life. He had causes to fight for, was extremely determined, did not give up, cared for the Bulgarian army, history and documentary work, she emphasized.
Krasimir Uzunov had the gift of a diplomat, but also the extent of a revolutionary, said Tsveta Karayancheva. He spoke beautifully and lovingly about the glorious Bulgarian army, at the same time he was irreconcilable to false patriotism, to political short-sightedness and managed to unite in the name of Bulgaria politicians from different parliamentary groups, she added.
Krasimir Uzunov died on 25 February 2019. He was a military man, writer, author of books and publications on the past of the Balkans, the national security and the Bulgarian military history. Krasimir Uzunov is the founder of the first private news agency in Bulgaria.
The event was attended by MPs, relatives and friends of Krasimir Uzunov.